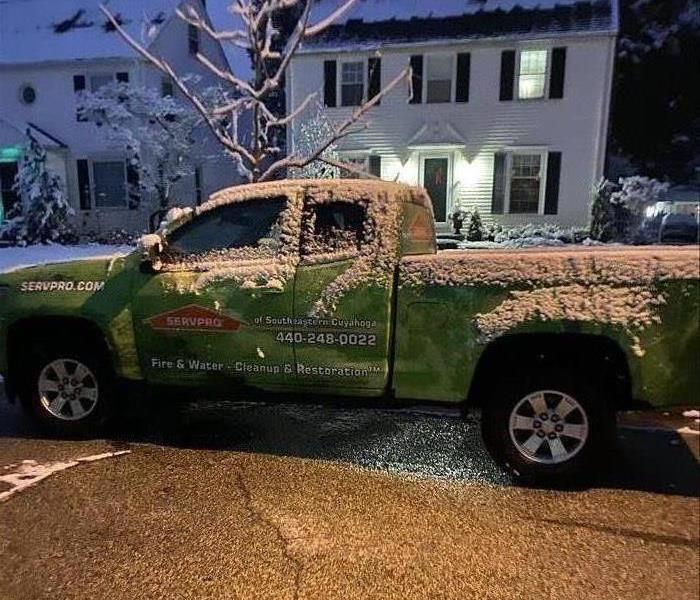 Day or Night SERVPRO of Cuyahoga South will be there if you have damage from Broken Pipes.

Why Are Frozen Pipes Dangerous?

Frozen pipes are a problem for a couple of reasons. They can create an inconvenience but, more seriously, can cause major damage to your property.

How Much Does a Frozen Pipe Cost to Fix?

It is very difficult to estimate the cost of fixing a frozen pipe because each situation is so unique. Two factors that play a huge role in cost are the location of the pipe and whether the pipe has burst.

If you are able to easily access the blockage, such as a pipe under a kitchen sink, you might be able to thaw the blockage for free using a hair dryer or hot rags.

If the blockage is buried in a wall, fixing the issue will become more expensive. You may spend a few hundred dollars cutting open sheetrock to find the problem or more than a thousand if you need to hire a plumber to find and thaw out the blockage.

If a frozen pipe bursts You have a flooding issue on your hands, you could be faced with thousands of dollars of damage. You will have to hire a plumber to fix the burst pipe and then you will have to deal with fixing any damage the water has caused inside your property. If you have the property insurance, they should help cover some of these costs. In cleaning up the mess the water will leave behind you can count on SERVPRO of Cuyahoga South. We are water cleanup experts.