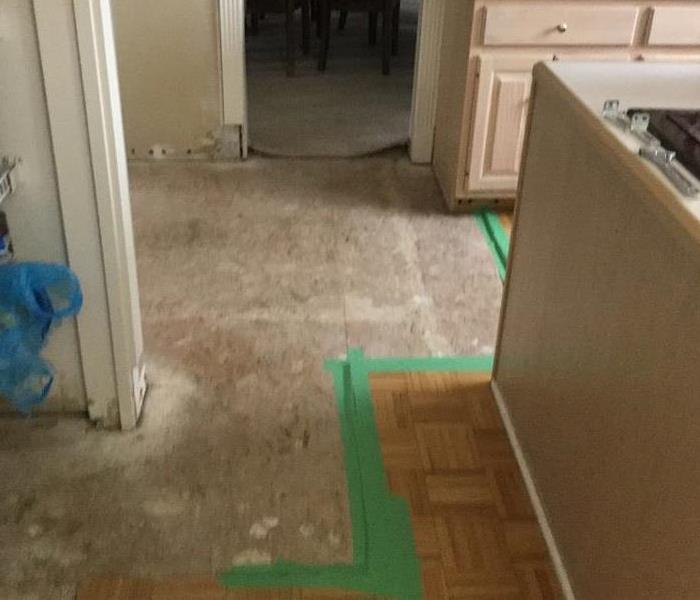 On Sunday the 30th of December the mitigation team from SERVPRO of Southern Cuyahoga County was dispatched to a water loss.  It was discovered that the water damage was caused by a leak in the copper water line to the refrigerator.  Water damaged materials were removed and drying equipment was set in place.  The water damaged the parquet flooring in the kitchen and made its way into the finished basement causing water damage to ceiling tiles, contents and carpeting. SERVPRO of Southern Cuyahoga County monitored the loss on New Year's Eve and the mitigation was completed on January 2nd due to New Year's Day.

View More Before & After Photos